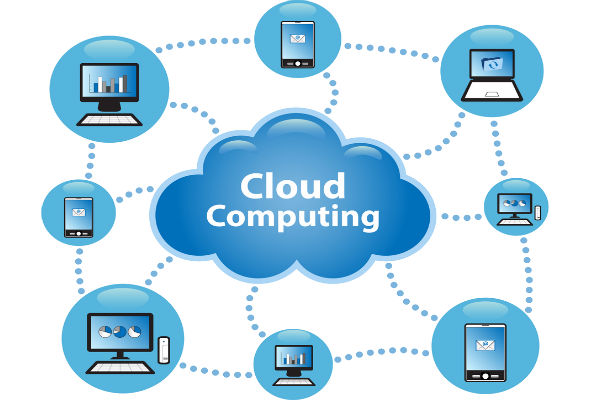 Technology is changing rapidly with new inventions each passing day. Cloud Computing is one such technology trending these days. The word ‘cloud’ here refers to the internet. Thus it is an internet based technology.

What is Cloud Computing?

Cloud Computing is an internet based service that provides on demand access to shared computer resources and data. In other words, cloud computing means delivery of hosted services and resources over the internet. These resources include storage, server, network and applications. These resources can be quickly equipped and can be freed easily. Virtualization is the driving force behind cloud computing.

VMware and Virtual Box are the examples of tools that use the concept of virtualization. 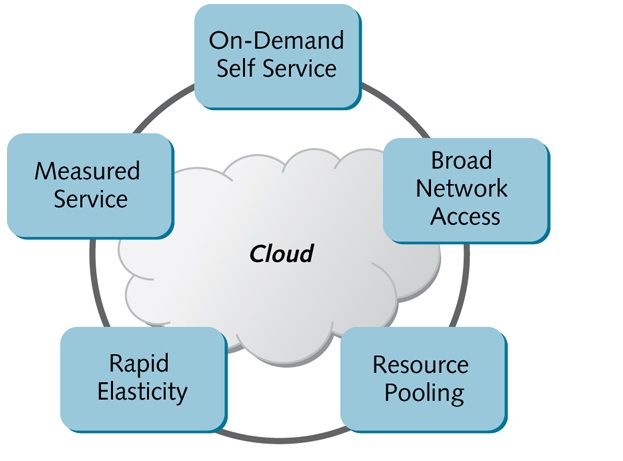 Following are the characteristics of cloud computing as identified by NIST(National Institute of Standard and Technology): 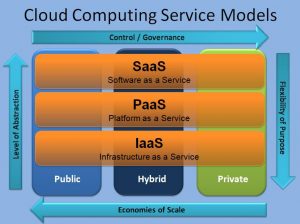 Cloud Computing Services are categorized as :

Infrastructure as a Service(IaaS)

Infrastructure as a Service provides virtual computing resources such as storage, server, virtual machines and network over the internet. A third party provider provides this infrastructure to the consumer.

Platform as a Service(PaaS)

Software as a Service(SaaS)

Public Cloud is for public use or a large organization and is owned by a third party provider selling cloud services.

Hybrid Cloud is a combination of two or more distinct clouds that retain their unique entity. It is used for sensitive data and strategic applications.

It is a type of private cloud for users with specific demands. It has several stakeholders. It is managed by the organization or by a third party provider.

Cloud Computing security refers to set of policies and measures deployed to protect cloud infrastructure and the underlying data and applications. It is a part of information security. Cloud Computing Security is needed as there are certain security concerns regarding security and privacy of the users and their data. Cloud Computing gives users the ability to store and process data at third-party data centers. Cloud Computing provides cloud service models -IaaS, PaaS, and SaaS along with cloud deployment models – public, private, hybrid, and community cloud.

The cloud computing security issues may be at the provider end or at the customer end. It is the responsibility of the provider that their infrastructure is secure and also user’s data and the information is protected. Users should also secure their data with strong authentication measures. Data stored in the public cloud is sensitive to third-party attacks or the insider attacks. Often cloud service providers store more than one customer’s data on a single server to reduce costs and maintain efficiency. Due to this, there are chances of one user’s data being exposed to another user. For handling such situation, cloud service providers must provide proper data isolation and logical segregation of data.

Following are the controls in Cloud Security Architecture:

Topics in Cloud Security for research and thesis

Following is the list of current research and thesis topics in Cloud Computing Security:

Encryption is a method of protecting the data by sending the data in some other form. In order to provide more protection and privacy to data, cloud computing uses advanced encryption algorithms. Another measure known as crypto-shredding is also applied in which keys are deleted when there is no need to use data. The types of encryption employed in cloud computing security include – Fully homomorphic encryption and Searchable Encryption.

The Cloud Security Controls are selected and implemented in accordance with the amount of risk, threat, and vulnerabilities. The cloud security concerns can be grouped according to their amount of risk. There is a software named Cloud Access Security Brokers(CASB) in between cloud service users and cloud applications that monitors all the cloud security policies and also enforce security policies.

Denial of Service(DoS) is a type of attack in which an intruder makes resources unavailable to users by disrupting the services connected to the internet. The attacker tries to overload the system with surplus requests and also block the incoming genuine requests. There are various types of DoS attacks like Distributed DoS attack, Application layer attack.

Due to multi-tenant nature of public cloud and other data security concerns, users try to avoid this platform. Due to sharing of cloud resources like virtual machine between users, data separation is almost impossible. Another aspect of data separation is geolocation. Enterprises should ensure that the geolocation for data storage is a trusted location. Tenancy and geolocation are the major factors in Data Separation.

DDoS stands for Distributed Denial of Service and is a type of Denial of Service Attack in which malicious traffic comes from multiple devices.  This makes it difficult to differentiate genuine traffic from the malicious traffic. There is another type of DDoS attack known as Application layer DDoS attack in which the application layer of the OSI model is targeted by the attacker.

For more details Contact Us. You can call us on this number +91-9465330425 or drop an email at techsparks2013@gmail.com for any type of dissertation help in India. You can also fill the query form on the website.