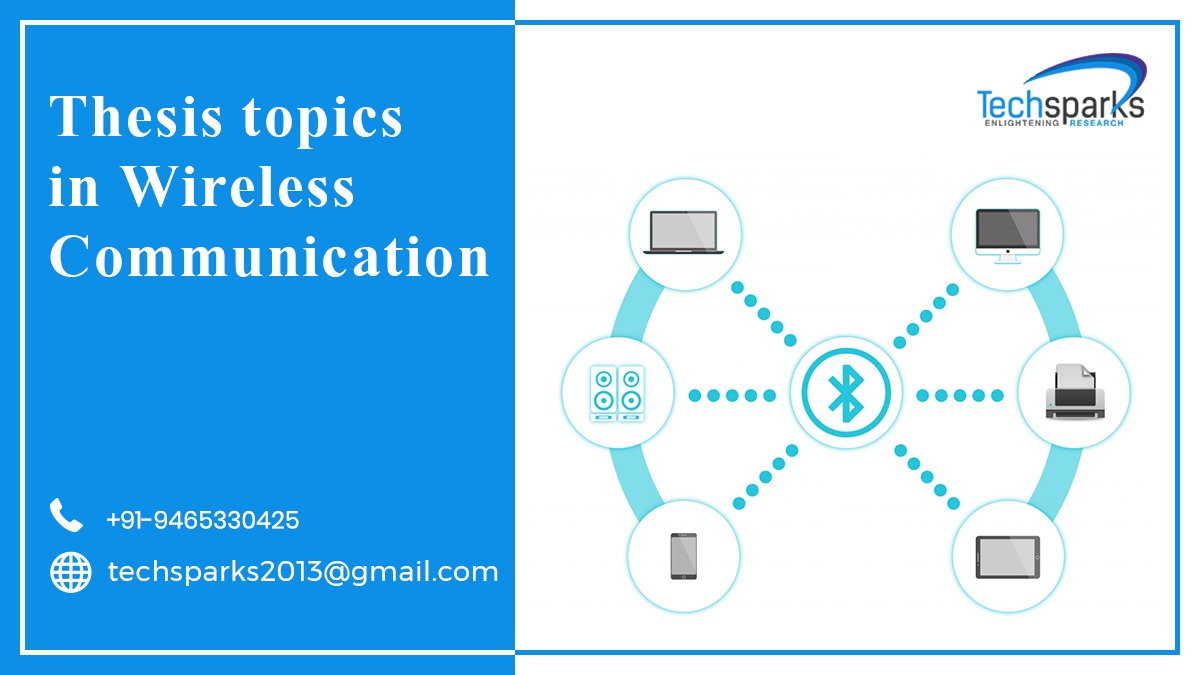 Wireless Communication is soon going to replace the traditional wired mode of communication. With the advent of wireless technology, communication has become more convenient and effective. Now there is no need to install lengthy wires to set up the network.

MIMO is an antenna-based technology of wireless communication in which both sender and receiver uses multiple antennas to enhance the capacity of a radio link. It reduces errors and optimizes data speed by the combining the antennas at each end. It is also referred as a smart antenna technology. It is very good topic for thesis and research in wireless communication.

In traditional wireless communication methods, single antenna is used at source end as well as the destination end. Certain problems arise due to this like scattering of data signals, fading, intermittent reception, reduction in data speed and more number of errors. Due to scattering of data signals, the problem of multipath wave propagation arises. Use of multiple antennas knock-out the problem caused due to multipath wave propagation. Different form of antenna links are: 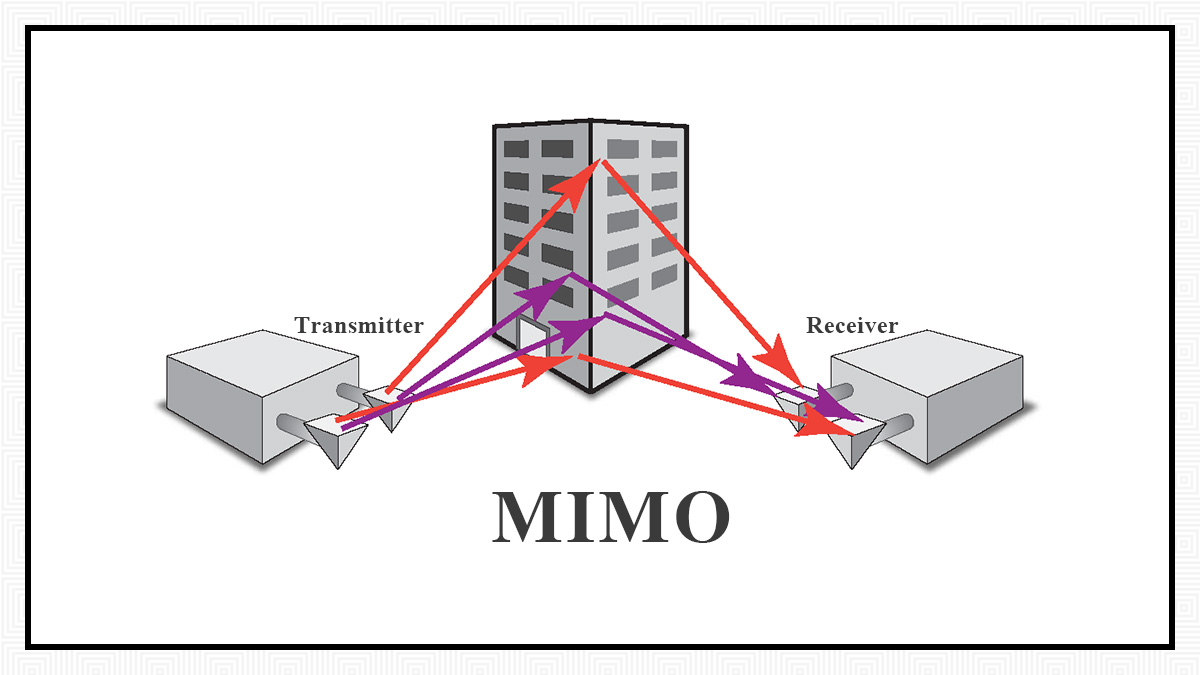 The functions of MIMO can be classified into following three categories:

Following are the two formats of MIMO:

WLAN stands for Wireless Local Area Network. It is a wireless network of two or more devices and uses high-frequency radio waves for communication. This network has an access point to the internet. The communication is for limited coverage area like homes, offices, schools. WLAN is based on IEEE 802.11 standard and commonly referred as Wi-Fi. This network is for commercial use as it is easy to install and use. It is another choice for thesis in wireless communication.

There are two main components of WLAN:

station and which requires access point are referred to as infrastructure base station.

There are two types of WLAN based on their mode of operation:

There are many real-world applications of WLAN due to enhanced capabilities than wired network. Following are the application areas of Wireless LAN:

There are many challenges in wireless local area network which need to be resolved. Following are the main challenges:

WANET stands for wireless ad-hoc network. It is a decentralized wireless network. This type of network does not require pre-existing infrastructures like routers and access points for communication. Each node in the network participates in routing and forwards data for other nodes. Routing algorithm and network connectivity are the key parameters to determine which node will forward the data. The nodes in the network are free to move as the wireless ad-hoc network is self-configurable and dynamic. Thesis guidance and thesis help can be taken for this topic from networking experts. Masters students can go for this topic for their thesis.

It is an IEEE 802.16 based wireless communication standards and provides multiple physical layer and media access control(MAC) options. It stands for wireless interoperability for Microwave Access. WiMax is designed to provide higher data rates upto 1 giga-bits/s. WiMax operates at higher speed, longer distance with more number of users than wi-fi. It is based on wireless MAN. WiMax Forum created the WiMax. People have knowledge of Wifi but do not know about WiMax. M.Tech students can choose this topic for their master’s thesis and do a research on that. 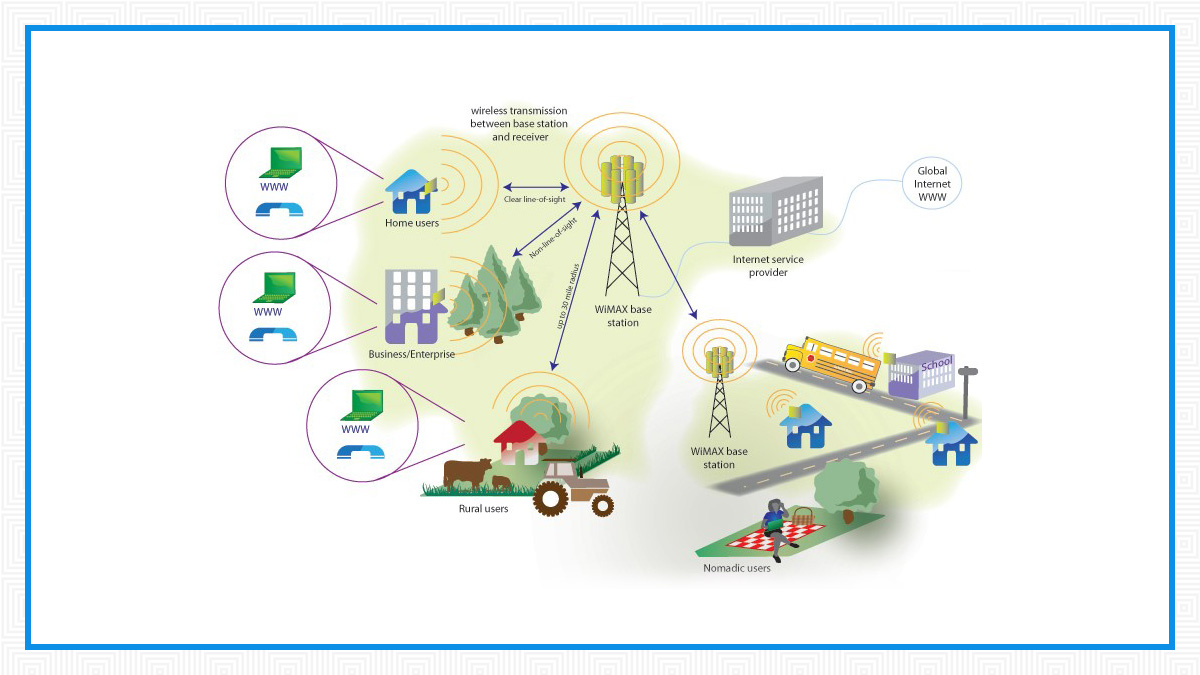 WiMax is important due to the following reasons:

A WiMax system has the following two components:

A WiMax tower connects to the high-speed internet through a wired connection of high bandwidth. It can also connect to the other WiMax tower using line-of-sight service. Through this connection with the tower, WiMax provides service to a large coverage area.

Internet of Things is a wireless connection of devices for collection and sharing of data. In other words, it refers to ways by which internet is embedded to different devices. This technology is going to govern our life in near future. Every day-to-day activities will be controlled by the internet.

Features of IoT(Internet of Things)

Following are the feature of Internet of Things(IoT):

Advantages of Internet of Things(IoT)

Following are the main advantages of Internet of Things:

Disadvantages of Internet of Things(IoT)

ZigBee is a low-cost and low-power wireless technology for machine-to-machine(M2M) and IoT networks. Mesh networking protocol is used for avoiding hub devices. The data is transferred at a low rate. It is based on IEEE 802.15 standard. ZigBee alliance maintain the specifications of ZigBee. Students from electronics and communication and networking field can opt this topic for their thesis.

In full mesh topology, each node is connected directly to all other nodes. In partial mesh topology, some of the nodes are connected to all other nodes while other nodes are connected to those nodes with which they want to exchange data. There are three type of nodes in ZigBee – coordinators, routers and end devices. The role of each node is different. Coordinators collect and store information. Routers are intermediates to coordinator and end devices. End devices are low-powered devices which interact with coordinator and router. 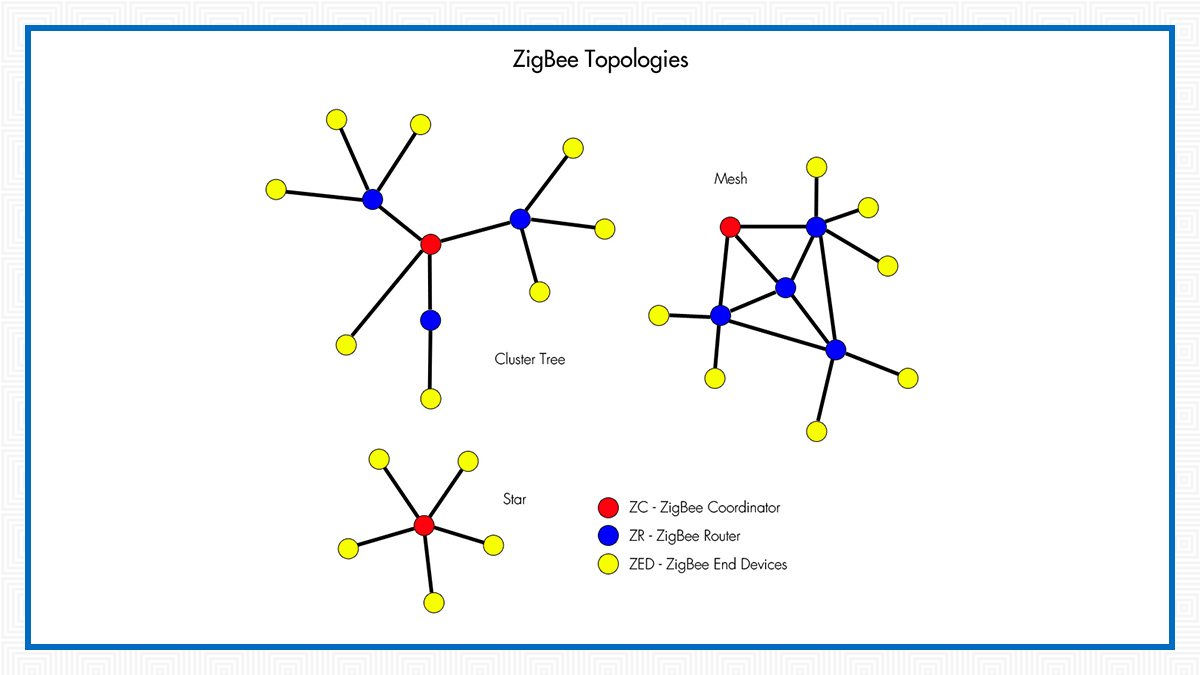 The main advantages of ZigBee technology are: